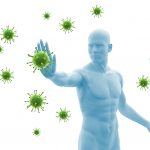 Becoming A "Least Vulnerable Person" There is growing concern about COVID-19, the flu, and other infectious diseases affecting the most vulnerable people. Who are these most vulnerable people and what choices can you make for yourself and your family to become a Least Vulnerable Person? Fortunately, most of these options are under your control! Who Are The Most Vulnerable People Seniors Elderly people are the most at-risk population for infection and serious complications due to COVID-19 … END_OF_DOCUMENT_TOKEN_TO_BE_REPLACED 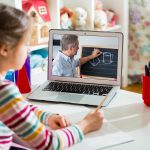 EHT has created this resource on how to set up a low-EMF computer/laptop/tablet workspace for all the families setting up telework for themselves and their children now doing school online at home. With COVID-19 rapidly spreading around the globe, families are sheltering in place and setting up telework and education at home. People are on screens more than ever before. Thus it is more important than ever to take care of our eyes and health by reducing electromagnetic exposures. Environmental … END_OF_DOCUMENT_TOKEN_TO_BE_REPLACED 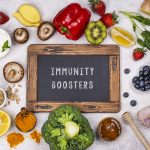 COVID-19 has impacted our society in many ways. Health challenges, loss of loved ones, economic struggles, and stress are high on our list of where we are directing our attention. Our hearts go out to everyone who is being challenged today. And also high on the list of public attention is the focus on solutions. We want solutions now! Unfortunately, some are focusing on and putting all their eggs in one basket. Including possibly ineffective solutions. The COVID-19 situation has turned out to … END_OF_DOCUMENT_TOKEN_TO_BE_REPLACED 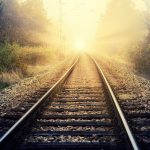 If you don't live near train tracks you'd find it impossible to think you could ever get used to the noise. If you do live near train tracks the sound of the train literally becomes silent over time. The flu kills 30,000-65,000 (1) Americans every year and nobody "hears it" because we are simply used to it. We've lived with it for so long that it isn't reported anywhere, it doesn't scare people, it doesn't cause the government to overreact or even react at all. Restaurants don't close, the … END_OF_DOCUMENT_TOKEN_TO_BE_REPLACED