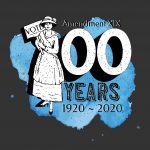 One hundred years ago, on August 26, 1920, the ratification of the 19th Amendment to the US Constitution enfranchised millions of women across the United States. This meant to women their right to vote would "not be denied" on account of sex. The ratification was the focus of the women’s rights movement and the journey was an arduous and tiresome road to victory that required decades of strife. Though it permits many American women to cast their ballots at the polls, still millions of women … END_OF_DOCUMENT_TOKEN_TO_BE_REPLACED 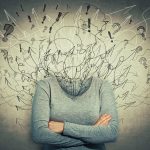 A study from Johns Hopkins University suggests that stress affects women’s brains far more severely than men’s. This may explain why women develop dementia, Alzheimer’s, and related illnesses at faster rates than men. Luckily, the 100 Year Lifestyle has information to potentially prevent Alzheimer's in this article. A 25-Year Study 909 study participants based in Baltimore, Maryland, participated in a long-range study at the National Institute of Mental Health. Researchers followed the … END_OF_DOCUMENT_TOKEN_TO_BE_REPLACED