You are here: Home / Leadership 100 / Resilience In Extreme Times 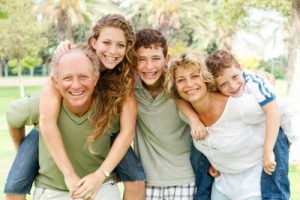 We’re living in a time of extremes. It’s a time when we can expect big things to happen — big shifts in the world and big changes in our lives. And just to be clear, the extremes I’m talking about don’t necessarily have to be bad things or even good things for that matter. It’s just that they’re big things, and they’re happening now.

There are layers of change in the world that’s emerging around us. We no longer live in isolated countries that formed the policies of the 20th century. We no longer live in isolated economies, isolated technologies, isolated energy grids, or isolated defense systems and communications. And it’s these facts that have led to the certainty of where we find ourselves at this very moment. It’s a fact that we’re living with a new set of rules regarding the way we think about our lives, our jobs, and our careers, as well as the realities of climate change, failing economies, and peak oil. While the reasons for such extremes are many and varied, the fact is that we’re in a rare era of global transition that affects every day of our lives.

In today’s amazing times, you can create abundance and bring worldwide peace.

Among the many uncertainties that come with such an era, there’s one thing that we can know with absolute certainty: Our lives are changing with a speed that we’ve never seen, in ways that we’re not prepared for, and faster than we’ve been taught to deal with.

The extremes in our world are creating a new “normal” in our lives. The success of our transition into this new normal hinges upon 1) our willingness to acknowledge the shift and 2) how we learn to adapt to it. Our globalized culture of jobs, money, markets, and resources means that it’s now impossible to separate the extremes in the world from what they mean in our everyday lives. The crisis of climate change is a perfect example of this connection. The record-setting drought from global weather patterns translates directly into the higher prices we pay at our local market for food. Extreme debt and failing economies translate directly into higher costs at the gas pump and higher ticket prices for the buses, trains, and taxis that take us to work each day. It’s because of these extremes, and others, that business loans have become scarce and that the interest we’re paid on our savings and retirement is at record lows. The global slowdown of industry translates directly into the loss of jobs and benefits in our local communities.

I’m an optimist by nature. I see real reasons for optimism in our lives. At the same time, I’m also a realist. I am under no illusion when it comes to the huge amount of work that it’s taking to adapt to the new world that’s emerging. The good news is that we don’t have to do it alone.

We’re in this together

Our world today is so deeply connected on so many levels that it’s impossible for the transformation that’s emerging in one part of the world not to show up in other places as well. I’ve seen this firsthand in my travels to some of the most remote and isolated places remaining in the world, like Tibet for example.

Following a number of previous pilgrimages into the monasteries of the Tibetan plateau, in 2005 for the first time, I saw the eerie glow of cell phones illuminating the dark recesses of centuries-old monasteries as they lit up in the pockets under the robes of monks and nuns. For those living in the monasteries, their former world of isolation is now on a path of connectivity, and the change that it carries is a promise that their traditions will never be the same.

We don’t need to go to Tibet, however, to see the evidence of just how connected our world really is. It’s reflected everywhere, both in the ways the world works, as well as in the ways things no longer work. And as the ways of the past slip away and the new ones emerge, the clash of new against the old highlights yet an even greater crisis, one that we all face yet we’ll probably never read about in popular media. It’s a silent crisis that’s like the big blue elephant in the room that everyone sees yet no one acknowledges.

Arguably the greatest crisis in our time of extremes that we face is a crisis in thinking. And our thinking is the very key to the way we deal with the needs of the emerging world. You and I are being tasked to do something that’s never been done. We’re being challenged to adopt a radical shift in the way we think of ourselves and our relationship to the world, and to do so faster than any generation in history has ever done before. Our willingness to think differently about ourselves and the world is key to thriving in our time of extremes.

Think differently, and discover the compass that guides your every choice.

We have the solutions

The good news is that we already have the solutions to the big problems that are converging in our lifetime. And we know that we already have them! The technology to solve the challenges we face has already been discovered. The advanced principles are already understood. They all exist at this moment, right here, right now, and at our fingertips. All that stands between us and the new world where energy comes from clean, abundant sources and is accessible to every member of our global family; where clean, healthy food is plentiful and accessible to every mouth on the planet; where every human has the basic necessities to live a healthy, meaningful life is the thinking that makes room in our lives for what already exists in the world. The best science of our time has revealed the deepest truths of our existence. It gives us the reasons to heal our crisis of thinking.

Will we embrace the thinking that leads to the greatest transformation of human life and civilization the world has ever seen? The choice is ours. We’re about to find out!

Reprinted with permission by Nightingale-Conant  www.nightingale.com