You are here: Home / Leadership 100 / Journey To Personal Power 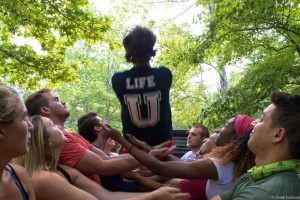 When you hear the words “Personal Empowerment,” what’s the first thing that pops into your mind? Think of the images that conjure up and what words do you hear? Which emotions does it stir?

Years ago, I found myself thinking about it and wondered how I could begin to master this thing called personal power.  All of a sudden, out of nowhere, a patient of mine presented me with a gift of three books. Without a doubt, these books changed my life and set me on a path of not only unparalleled personal growth for my wife Kathi and I, but eventually led us into a partnership that has empowered and changed hundreds of lives!

The Journey is Inside-Out

There are hundreds, if not thousands, of personal power books, programs, and gurus, all promising the tools people need to claim their power. The truth is, personal power is not an outside-in thing. In all actuality, it’s an inside-out journey. Maybe that’s why I was so attracted to the field of personal empowerment, which in the 1980s, was known as metaphysics.  It was in alignment with my chiropractic philosophy: Above, down, inside-out, the connection of universal intelligence with innate intelligence. Universal intelligence being the higher source (God) and innate intelligence being the physical expression of that source.

The first part of our journey was when we discovered Neuro-Linguistic Programming (NLP) and became master practitioners. This gave me an insight as to how to communicate with the outside world. More importantly, it gave me insight on how I can communicate with myself! It made me aware of how specific words and thoughts trigger my emotional reactions. The best way was by learning the best way to communicate and interpret my internal dialogue. This gave me the opportunity to change the discussion in my head and empower my thoughts and actions! 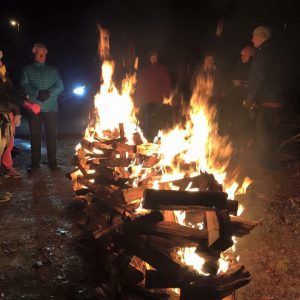 I’ve always had the ability to be in the right place, at the right time! I was looking for an opportunity to share this new-found knowledge!  As the universe would have it, I was attending a chiropractic seminar and one of the presenters had his own program that seemed perfect for my continued growth. It was the Inner Winners Challenge for Excellence with Dr. Chuck Ribley.

After participating in our first program, what I realized was that I had all the head stuff and all the technology, but is wasn’t connecting to my heart. During that program, the connection started! I knew we needed to attend the second program because I felt that the first one made me aware. It was through this phenomenon that I began to strengthen my head-heart connection. In hindsight, that connection was the missing link to true personal empowerment.

During that second program, as a participant, we used our NLP knowledge to help facilitate other participants. To no surprise, I knew I was on the right track! By the end of the third program (we brought all of our children to that and all future programs!). Dr. Ribley asked us if we would like to facilitate some of the experiential events in the next program. Needless to say, we jumped on it!!! By the end of the fourth program, Kathi and I were partners with Chuck and Ruth Ribley in the Inner Winners programs.  We found that doing these programs were great for our continued personal growth and empowerment. In addition, we discovered a place to share with others. We could now give the tools and techniques that people could use in their life to awaken that innate personal power within. 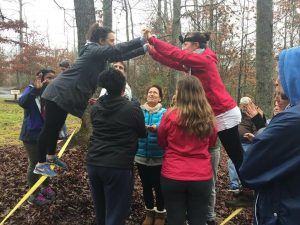 Being a chiropractor has always been my first love, caring for and serving people. I found out that my second love was facilitating people to allow them to discover and claim their own personal power. Not to mention, to live the life of their dreams!

We were in love with these programs and they were beginning to take up a lot of our time. Sadly, this included time away from my chiropractic practice. We had to come up with some way to make both happen, and both profitable!

One night, an innate flash came to me and it was the spark of a book that Kathi and I wrote, “Retire in Practice.” The book is a compilation of all the ideas we came up with to turn our chiropractic practice into a business instead of a solo-doctor practice.

This afforded us the time-freedom we needed to travel with Inner Winners around the world. I never wanted to transition from a chiropractic practice to personal power business. Turns out, this was a way to have the cake and eat it too!

Connecting With Your Personal Power

Thinking back to one of my favorite memories, I will share a great example of how people’s lives can drastically change in a heartbeat. They can drastically change when they connect with their personal power. A 16-year-old girl, Molly, was “dragged” to one of our programs by her mom. She was almost shut down. Two weeks prior, she attempted suicide by driving her car into a wall. She had a fractured pelvis and broken ribs. Among all her injuries and she was also on crutches. As many of you can imagine, she had no will to live.

In the beginning, she refused to participate. But by giving her time and space so that she could feel more comfortable, she slowly began to change. She smiled and laughed a little but cried a lot! All of her emotions that had been shut down were coming back.  To our surprise, by the time we had our Firewalk portion of the program, something truly miraculous happened. Molly realized that she loved herself! She found her purpose and rediscovered her passion and personal power!

Unexpectedly, she threw her crutches into the fire and proceeded to walk across the fire, un-aided, to the other side. There wasn’t a dry eye in the house! She affirmed that she was healed in every way! The best part of the story is when she went back to her doctor the next week he read her the riot act. He took new x-rays to see how much damage she had done to herself by not using her crutches. Never imagining what he would discover next. After seeing the films he was shocked at the results. Molly was totally healed! 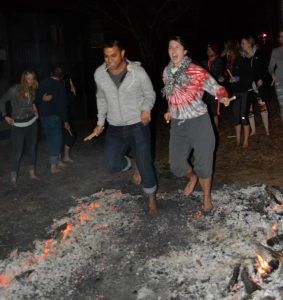 One of the most rewarding things that have happened over time is that the field of metaphysics that we fell in love within the 1980s had been mocked by the scientific community. Today, it is now known as the field of Quantum Physics. In addition, scientists are proving the powers that your thoughts create! All you have to do is look at the works of Joe Dispenza, Bruce Lipton, and Duncan Church, to name a few. People are now taking quantum physics very seriously.

Another of our favorite stories is Laura. Laura came to her first Inner Winners after finishing her first college semester with a GPA of 0.9. Due to her GPA, she had been put on probation and was having second thoughts. She was unsure that a college education was the right choice for her. Laura lacked self-confidence and felt totally beaten down. Aside from feeling embarrassed, she also felt disappointed with how she thought she was.

After going through several experiential events she learned that the facilitation is about asking the right questions. This allows for the participants to discover for themselves the magnificence they have within. Laura began to create a whole new resourceful belief system about possibilities and opportunities for her future.

Long story short, she went back to school. At the end of the next semester, her GPA was 2.9!!! What had changed in Laura? Simply that she now believed in herself. By believing in herself she found her power and took charge of her life! Laura learned how to be 100% responsible for the outcomes she creates in her life. And by doing that, she took control of her destiny!

Discover Who You Really Are

As B.J. Palmer said, “you never know how far-reaching something you may think, say or do today will affect the lives of millions tomorrow.” When my patient, Dale, gave me those three books years ago by John Grinder and Richard Bandler (Frogs into Princes, Transformations and The Structure of Magic), little did he know the difference he made in my life, my family’s life and all the people I’ve served since then!

Remember, personal empowerment in an inside-out job.  It’s not about working on yourself. It’s about discovering who and what you really are and how much you have to contribute to the world. That, combined with passion, makes the impossible possible . . . always!

Find a 100 Year Lifestyle Chiropractor in your area.