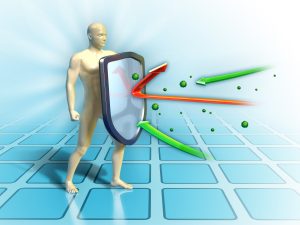 A report by the American Physiological Society has confirmed and clarified the importance of the nervous system in regulating the immune system.

The report entitled Neural Control of the Immune System states “Neural reflexes support homeostasis by modulating the function of organ systems. Recent advances in neuroscience and immunology have revealed that neural reflexes also regulate the immune system.”1 This important research validates what many chiropractic patients have been experiencing clinically for more than 100 years.

While this information may be new to you, it is not new to the scientific community. In an October 2007 report named Medical News Today: Direct Route from Brain to Immune System Discovered by Scientists, they stated, “It used to be dogma that the brain was shut away from the actions of the immune system. But that’s not how it is at all. It turns out that the brain talks directly to the immune system, sending commands that control the body’s inflammatory response to infection and autoimmune diseases.”2

We have learned through numerous studies including a report in The Lancet that stated, “the focus of science has shifted from separate entities of the immune system to an interactive immunology model. In the neural-immune concept, the brain has specific, two-pathways to the immune system.”3 Clinically, chiropractors and others who focus on the health of the nervous system, have known this to be true for more than a century.

If you want to live a healthy, active long life, keeping your nervous system healthy should be a priority. Eat quality proteins including lean meats, wild fish, eggs, and legumes. If you are a vegan and struggling to get enough protein, you may need to take a quality amino acid supplement. B vitamins are also important and can be found in most vegetables.

Be wary of your intake of medications that can cause your immune system to be compromised. This is more common than many people think. This is why if you tend to be a “drug person” you should seriously reconsider your options.

Managing stress more effectively can keep your nervous system and immune system healthy. Many people utilize chiropractic care for the same reason. To balance their body and nervous system. This can make a difference ongoing and especially during allergy, cold and flu season. Seek the advice of a nutrition expert. Especially if you need help with your intake of the appropriate nutrients.

Understanding this information can put you in more control of your life and health. This will also empower you to make better choices and set your priorities. Put these ideas to work for you and you’re more likely to enjoy a sensational century.